admin
ABOUT THE SERVICE TO GOD in the highest sense and about the meaning of human life. How to turn from dead into ALIVE? What is Salvation, and what is Service? What is the Spiritual World, the World where Love, harmony, and freedom reign? The point of origin of all events, how does this happen? What borderline is modern humanity crossing? Unprecedented cataclysms of the end days. What is the Last Judgment? What predictions of the end days are mentioned in the scriptures? Anticipating the advent of the Comforter in Christianity, of Imam Mahdi in Islam, of Maitreya in Buddhism, and of God’s messenger in other religions nowadays. Mentions of His coming, of His actions, of God’s army, and of the golden millennium in predictions. About the ALLAT Sisters. About Maria’s service and Sophia’s service, about the significant role of women in serving the Spiritual World. GELIARS and their service to God. The highest devotion to the Spiritual World and understanding of the entire essence and importance of serving God.

And also:
The system’s speculation, its substitutions of spiritual values. What questions do adherents of various religions ask their gurus, pastors, and priests? Why are there different countries and different religions, while questions and answers to them are the same in their essence? Why do people have no understanding of what God is, when people address Him with questions regarding personal and intimate relationships with other people? Why does consciousness reduce the very concept of Love to implicit obedience? Why do only very few married couples live in harmony? Why do discords, quarrels, and constant domination of one person over another arise? What is the reason for the initial discord between two people? How does the invisible side act in order to cause a quarrel between people through thoughts? The secret action of consciousness. How does one and the same thought come to people at the same time? What are true feelings? What is true Love, and why is it a threat to the system? How does the system speculate on this by throwing in emotions? Why are emotional outbursts a “feed” for consciousness and the system?

Studying consciousness. Why doesn’t consciousness perceive perception through feelings? Why does consciousness see “enemies” everywhere, why “must everyone listen to it” and not think about God? Where do thoughts in one’s head appear from, such as: “I want it this way”, “I said so”, etcetera? How does the dictatorship of demons in one’s head occur? How to exorcise a demon from a human: important particularities of this process. Why does consciousness force you to just wait and hope, but not to do anything on your own for spiritual salvation?
An experiment: how can you get convinced by your own example that consciousness distorts the essence of what other people say? How did substitutions of spiritual knowledge happen over time?
Who distorts spiritual grains in religions: an Angel that in a person resonates with true Knowledge and strives for Home (for the Spiritual World) or satan who in a person cares about the material, earthly wealth, and power? Whom does power in this world actually belong to, according to the scriptures of various religions?
What is victory over oneself? How did Prophets of various religions overcome their consciousness in themselves, how did they retrain it? Why did Jesus, the Son of God, the sinless one, need to go to the desert, to fast and to pray? Why was Jesus called both the son of man and the Son of God?

Why do people live as dictated by the Animal mind system? For what reasons does a person strive for power in this world? Why does a person strive to own, possess, and have? What are material-type prayers (to have excellent health, to possess power, to desire what is earthly) built upon, and whom are they actually addressed to? Why in today’s world are clergymen in any religion more concerned about the expansion of their religious organization and expansion of their power than about gaining God’s Love? Why do we have plenty of religions, but people keep killing each other for thousands of years?

“CONSCIOUSNESS AND PERSONALITY. From the inevitably dead to the eternally Alive": https://youtu.be/R29rL-CIsbo

"FROM AN ATHEIST TO HOLINESS": https://youtu.be/5J4eFIwWdbU 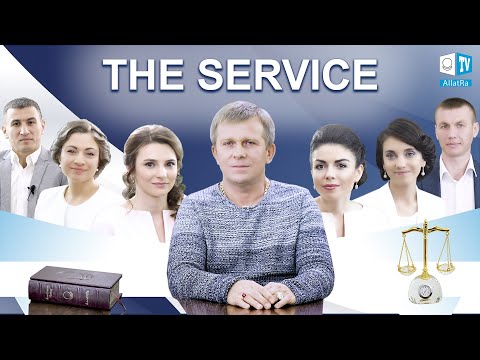 ABOUT THE SERVICE TO GOD in the highest sense and about the meaning of human life. How to turn from dead into ALIVE? What is Salvation, and what is Se...